Increasing ROI in the Mining Industry

Increasing ROI in the Mining Industry

A mining company responded to our Clean Oil Challenge to find out if a Harvard system could clean the oil in their ball mill crusher and provide constant contamination control as the crusher continued to operate over time.

Like most applications in the mining industry, the crusher presented a number of challenges from a maintenance standpoint. Dust and dirt permeate the environment, working its way into the fluids that course through the crusher’s lubrication system, grinding away at its internal parts and causing them to fail.

Because the crusher is such a key part of the mining process, bringing it down for repairs adversely affects the entire mining operation, increasing cost to the operator. 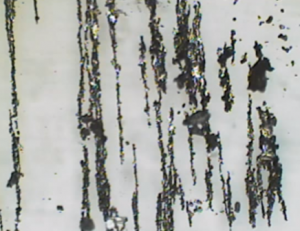 Even after over 500 hours on the initial filter, the oil remained visibly cleaner than its initial condition, with a contaminant count and ISO cleanliness levels revealing that the filtered oil was actually cleaner than new oil.

Harvard’s continuous contamination control system had delivered a 90% drop in oil contaminants, resulting in 300% less wear on the mills internal parts and a benefit for the mill’s operator, who documented a reduction in mill downtime and in the cost of wear parts and labor.

These benefits were delivered for a minimal cost — just over $1,500 in parts and labor and were easily recovered in the first year of operation with the Harvard system.