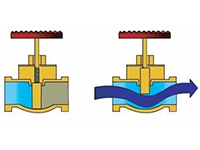 seat to the low pressure side, it produces turbulence. This

turbulence generates ultrasound which is  detected by the

range. The translated ultrasounds are heard through headphones

and seen as intensity increments, usually decibels on a display panel.

Inspection methods vary depending on the type of valve. Therefore the primary rule is to know the details of your system, including the way a specific valve may work under specific conditions. For example, is the valve normally open or normally closed? In order to determine valve condition such as leakage or blockage: touch two test points upstream of the valve (points A and B). On the first  test point (test point “A”) reduce the sensitivity (received amplitude) of the instrument until the intensity indicator on the   display panel reads about 50% of scale. If the instrument has frequency tuning, you may   also use this feature to hear the valve sound quality more clearly by changing the frequency. Simply tune the frequency (usually 25 kHz) until the sound you would expect to hear  becomes clear. It’s that simple.

Sound analysis can also be used to indicate the amplitude and movement of fluid between the upstream and downstream test points.

Example 1: If points (A), (B), (C), (D), and (E) are close to being equal, then the
valve is not leaking. Ultrasound is created by a gas or fluid passing through a
restriction. If the readings are equal, then there is no turbulence generated at point
(C). 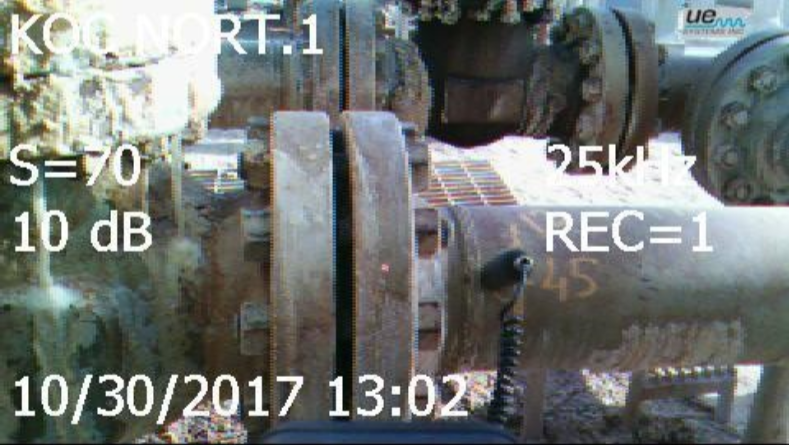 To determine whether a valve is leaking in closed condition, simply listen
to the valve and determine if there is turbulent flow. For leak detection
use the ABCD method to confirm your diagnoses NOW YOU CAN
inspect your valves accurately and fast using the UE SYSTEMS
Ultraprobes.