The Cost of Contamination

Savings Cemented In Stone 20 Years of Savings with Harvard Filters

The Cost of Contamination 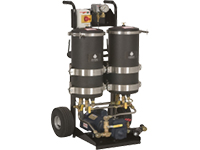 A compressor plant in the gas line of a major oil and gas provider responsible for the flow of energy from the processing plant to the consumer had a major problem with its turbines and turned to Harvard® for help.

Each oil change required 1,000 liters of new oil and took two hours which meant the turbine was down for that time. The cost of these oil changes was $130,000 per year, per turbine:

This is typical of new oil. It is processed and cleaned by the producer, but there are still contaminants in the oil. Changing the oil was not enough to keep contaminants under control.

The solution was to clean lubricating oil with a portable Harvard filtration system to ISO 16/14/10 or better.

The Harvard (Model 87D) Filter system was added as a kidney loop to clean oil as it is put into the system and while it is running. The cost of this solution is:

Oil/lubricant costs went from $130,000 per year to $632 per turbine. Cost of labor and disposal were also reduced, although no data was acquired. The oil is now changed every five years and time between maintenance of bearings and parts was extended by five times. Total savings was $125,000 per year for EACH turbine. With five turbines at the plant, total cost savings came to $625,000 per year and payback was achieved within the first month.

This is typical of oil that is cleaned by the Harvard Filtration System.

Contaminants have many direct and hidden costs which include:

Contaminants like debris and moisture are the primary cause of wear and failure. Controlling contaminants WILL save you money.

The company was changing oil as often as it could (every two weeks) and still could not keep ahead of the contamination. This is what the oil looked like under a microscope after only two weeks of use. 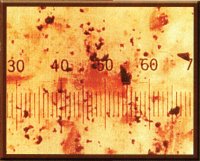 To make matters worse, it turns out that new oil is NOT clean oil. When tested by an independent lab the new oil looked like this.

The lubricating oil is monitored regularly and after several months of continuous use the oil looks like this.